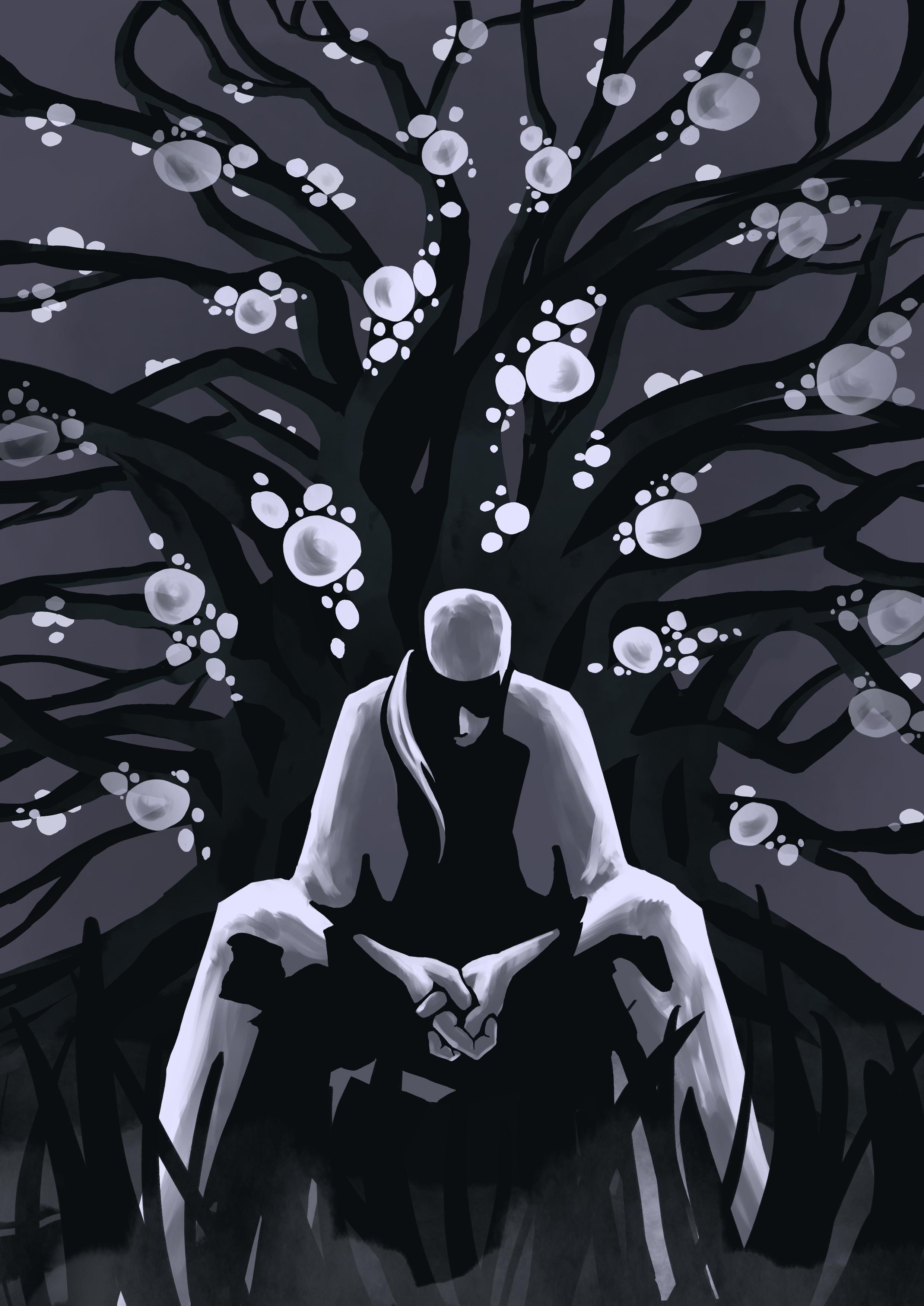 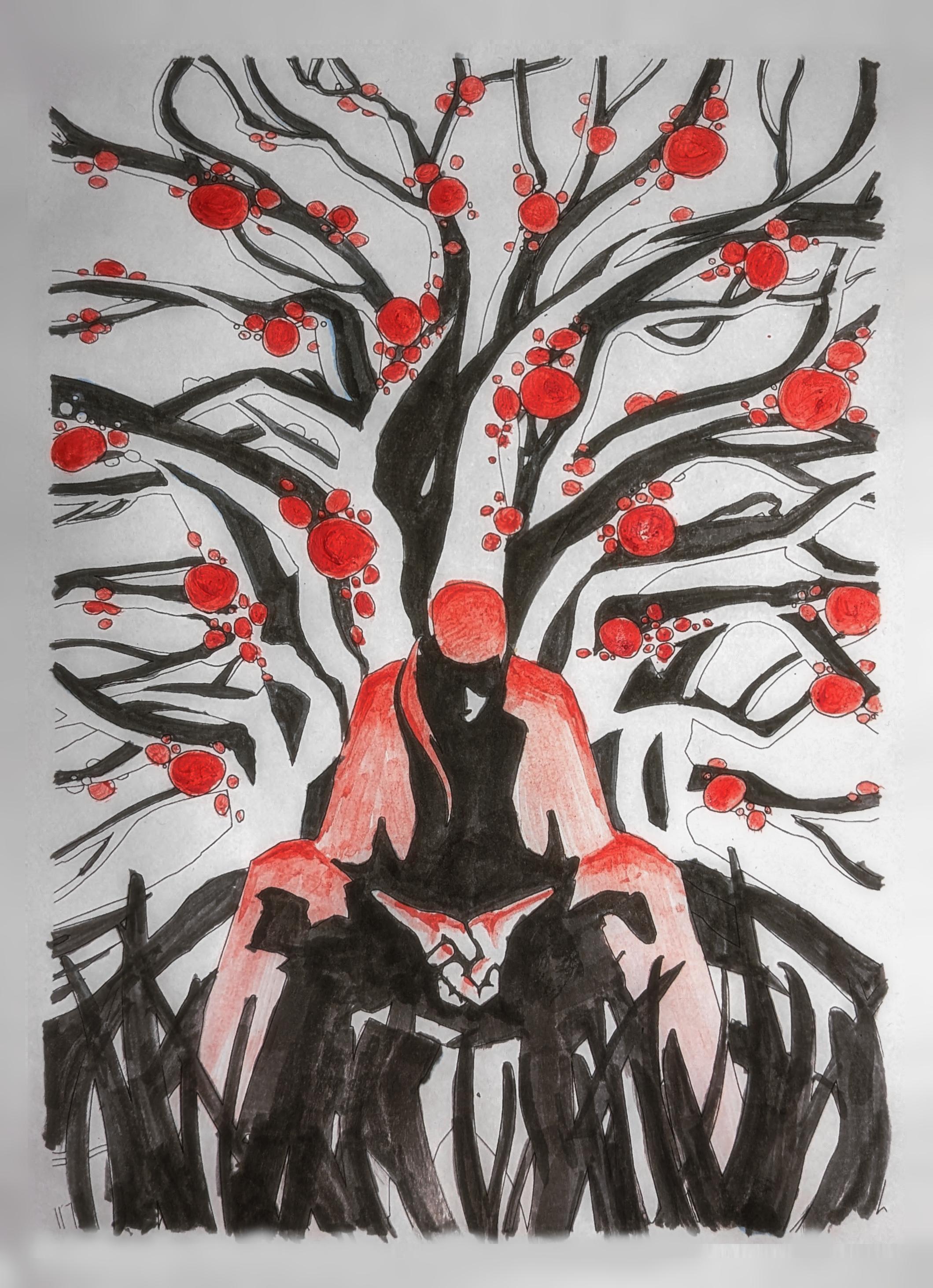 click the images above to check 'em out larger.

I like Inktober. Gives me a chance to bust out some of the art supplies I don't often get to use: alcohol markers, ink, etc. I usually doodle with (fountain) pen and then do my more polished stuff digitally. This year I was away from home for 2/4 weeks, so it wasn't really going to happen.

make your own coloring book

But I had just spent the couple weeks prior working on a piece of digital art which I'd originally envisioned done in ink. I stuck to digital because I didn't think I had the fine motor control to pull it off, but it did seem like a fun last minute inktober project.

Since I'd already done it digitally, I could also save myself having to do the linework, especially since it ended up being more detailed than expected (that's digital art for you).

I hadn't actually done any linework though. Luckily Krita has a edge detection filter, which combined with some desaturating and leveling, made for a pretty crisp coloring book. Only real work I had to do was turn off the shading, and fill in some parts where I had accidentally shaded in my base layers (whoops).

So printed it out, painted it in, and here are the results: 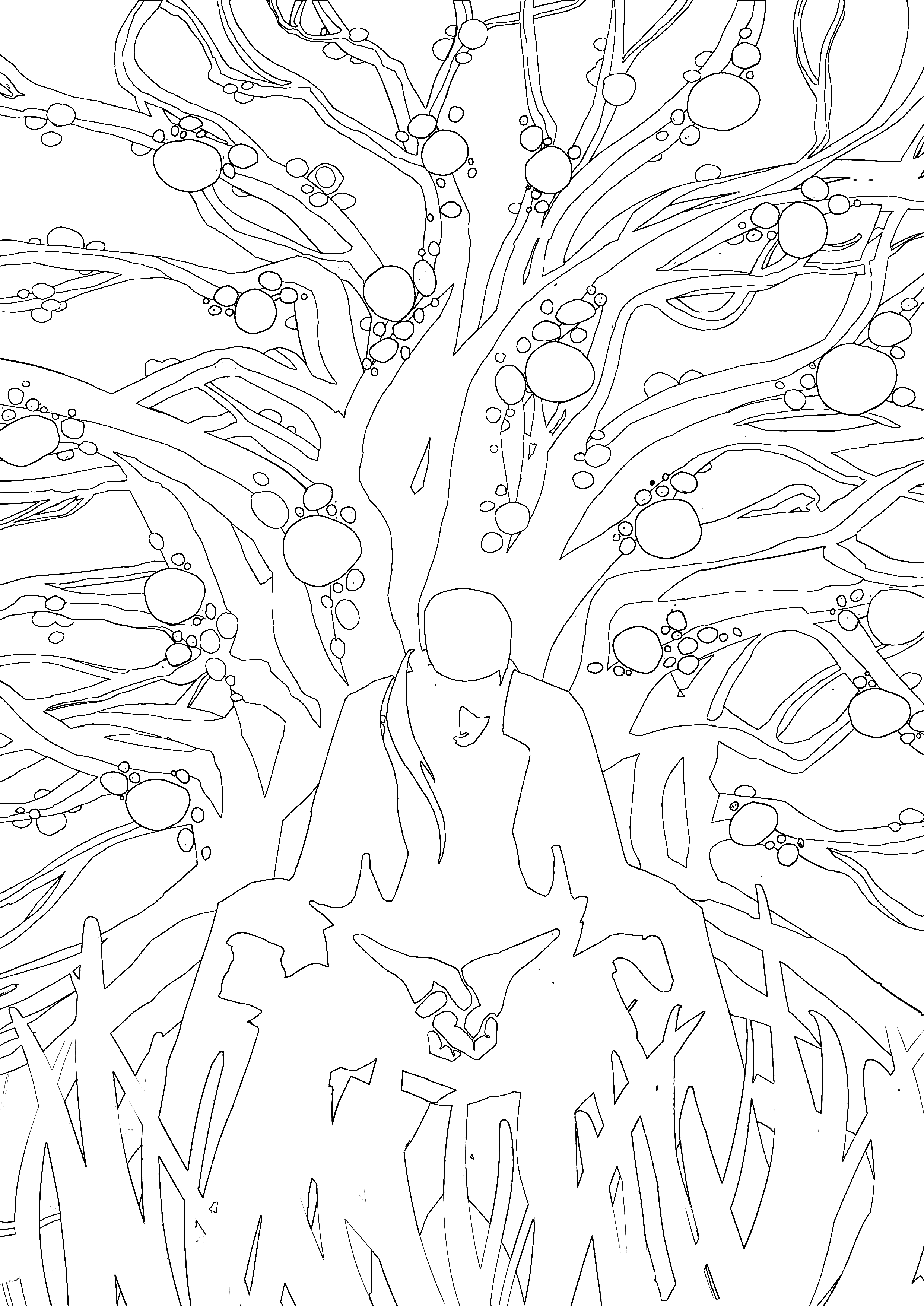 Feel free to open the image in a new tab for a closer look, or to print it yourself.

A little messy, but barely noticeable once I slathered it ink. (Noodler's Lexington Gray, if you were curious.) It was a little less straightforward than I thought it would be, but turned out mostly okay. 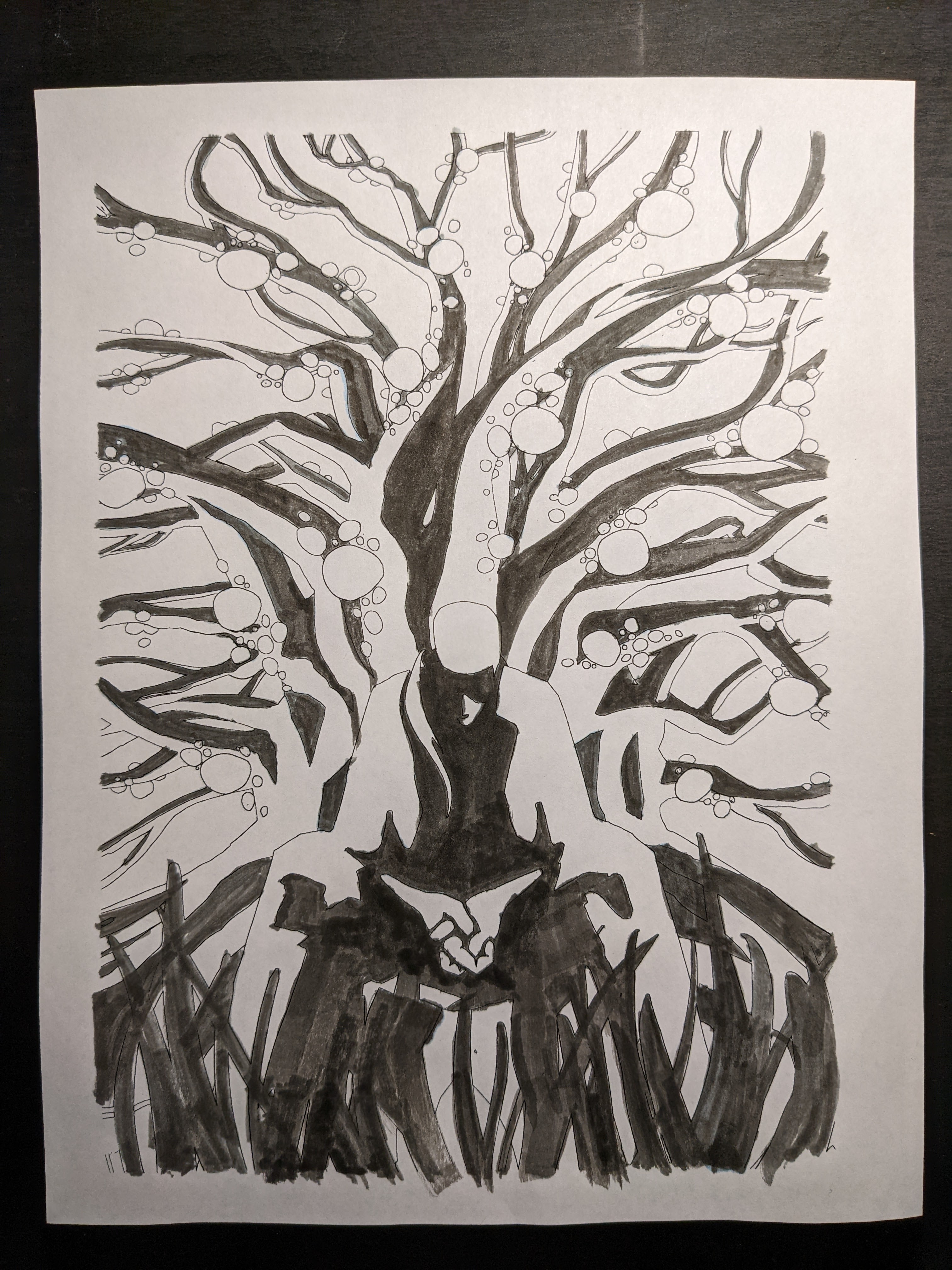 Originally I had planned to do some a little more shading using water color , but my half-baked plans to find some way to transfer this onto watercolor paper hadn't panned out. I have markers too, which might've been kinder to the printer paper, but I had another idea.

So, one of the things I had been doing while I was away was nerding out over dutch windmills. 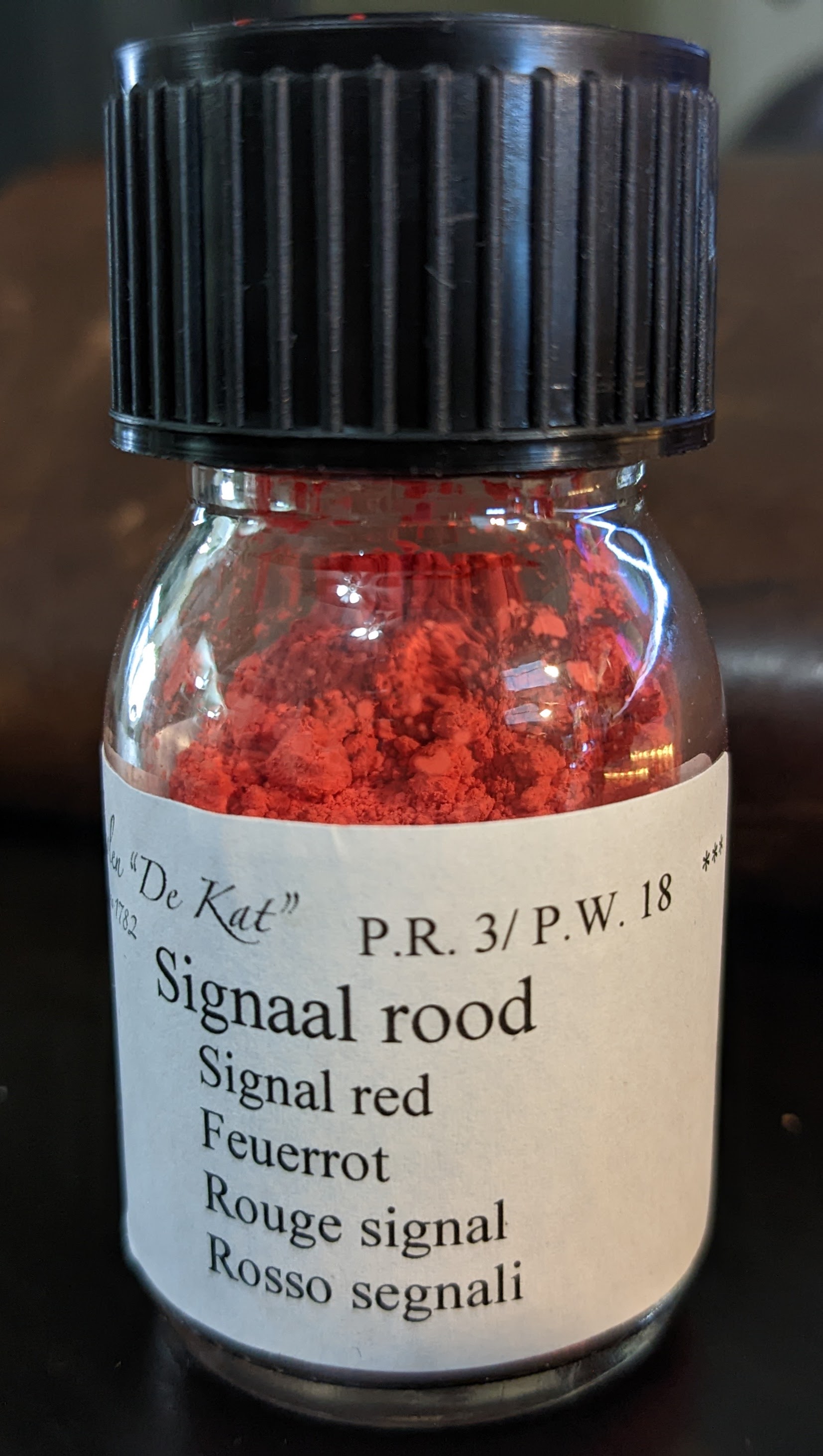 Some of the classic dutch windmills are still in operation in Zaanse Schans, a "Dutch Industry Themepark". One of them is used to make pigments, which they sell in their gift shop. I bought this one mostly because I'm an irredeemable nerd and thought the windmills were really cool. I didn't actually have any plans to use them, especially since you can't just plop these down on paper--you have to make them into paint first.

But one of the recipes was actually really simple. Find an egg, pierce the yolk, mix in some pigment, done. The egg yolk dries clear, and you have a pretty workable paint. 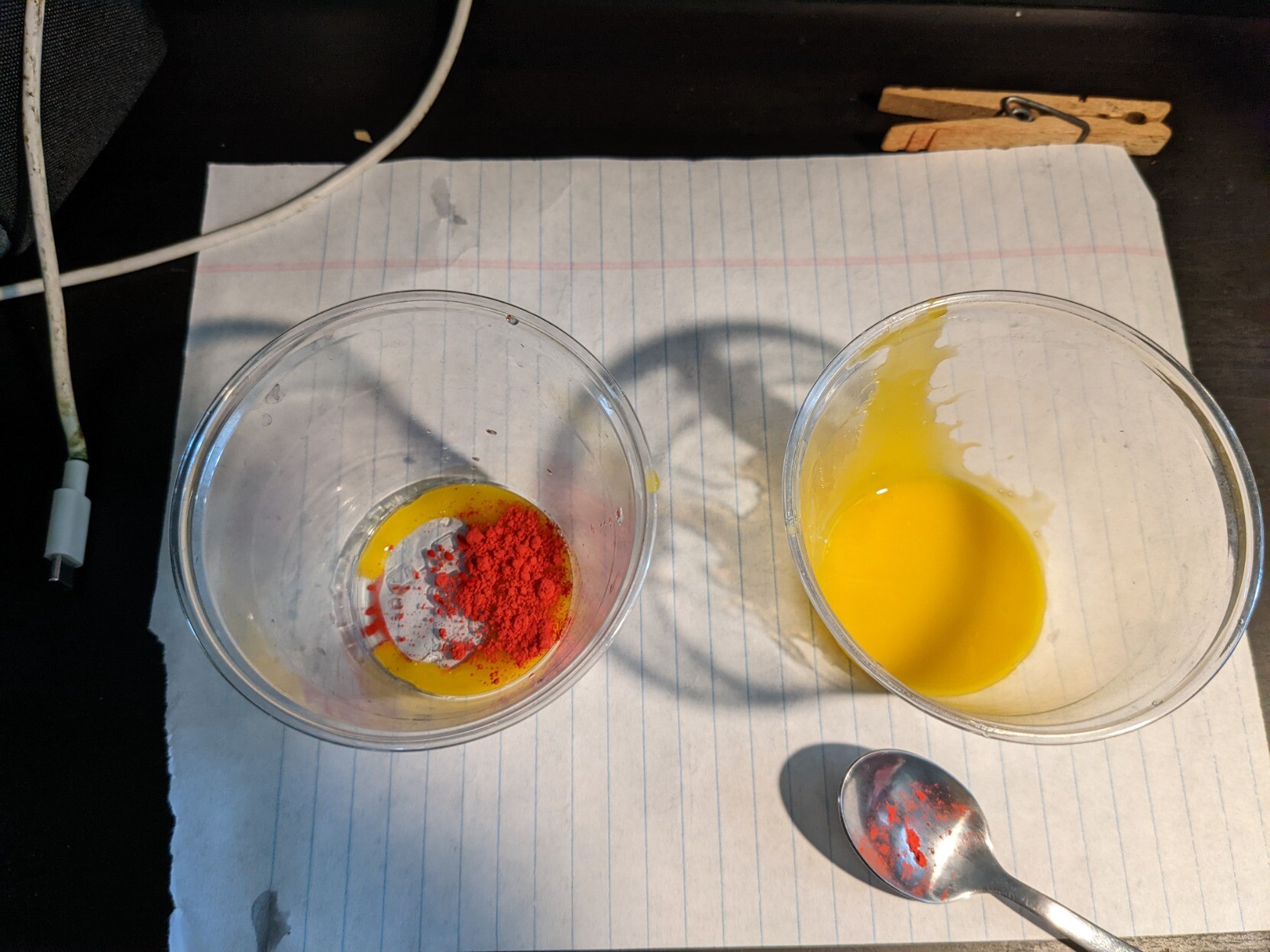 Apparently the recipes are pretty forgiving. I just added more egg/pigment until it seemed like a pretty good consistency/opacity, and then watered my brush every once in a while as the egg started to dry. The paint was highly usable, any messiness was actually due to my very shitty brushes, which couldn't hold a point.

And there you have it, that's how this thing ended up coming into being. 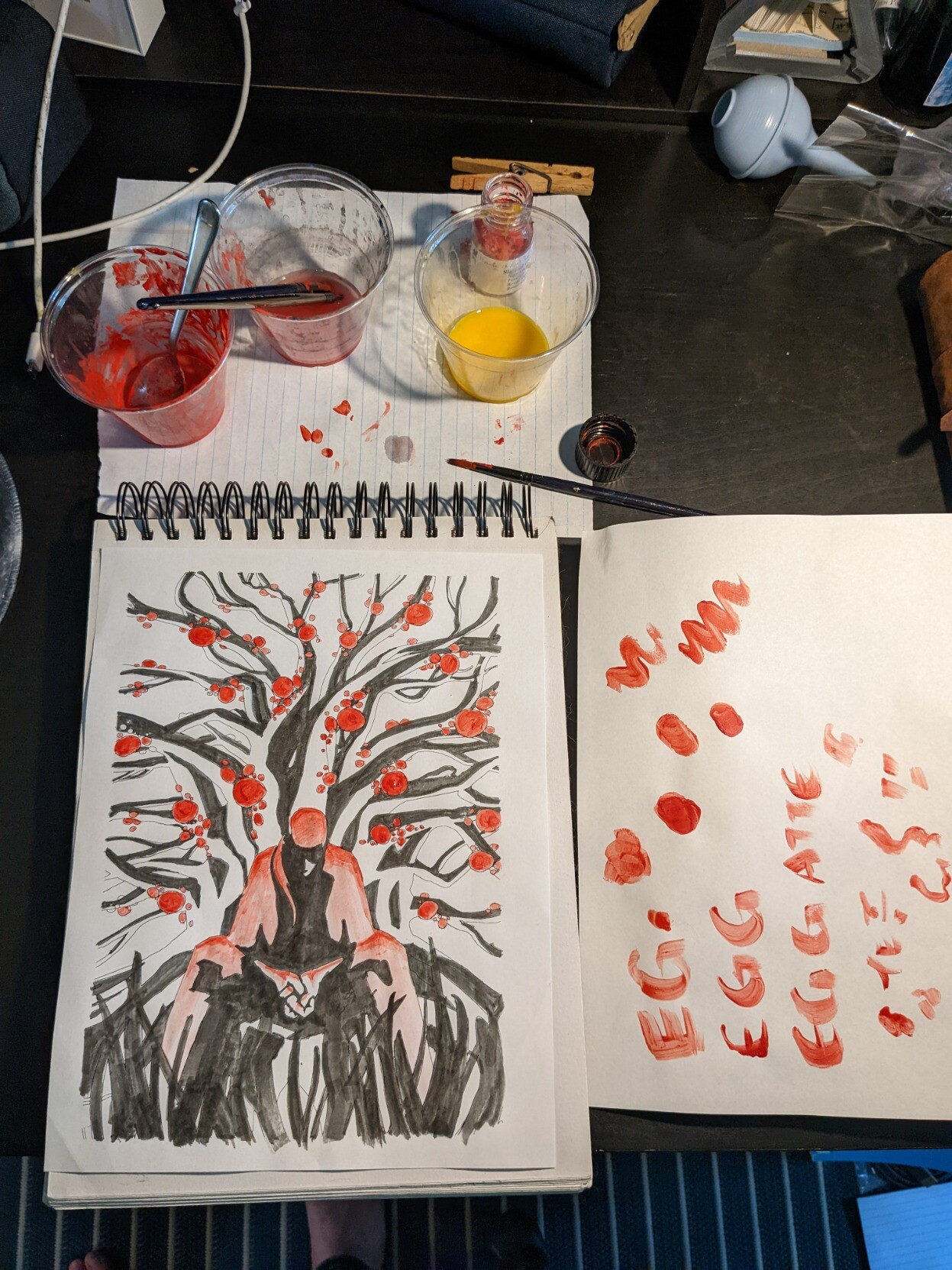 Now, to do the classic engagement farming thing and ask, which do you like better?

Silliness aside, I'm genuinely curious. I lean towards the digital one, just because I'm painfully aware of all the stuff I messed up with the paper one. And there's no engagment to be farmed because my comment section is jank as fuck. But give the link underneath a click and lemme know if you did get this far.